The third episode in Battlefield 3's 'Fault Line' series has now been released this one dubbed 'Get That Wire Cut'. Before jumping into any action this little synopsis is given:


"The squad has located the missing patrol and notices a suspicious wire leading into a basement nearby. Suspecting an IED, Sgt. Black is tasked to follow it..."

Aside from the usual gunplay and lovely visuals we've come to expect with these videos, we're also shown a small quick time event as the player disposes of an enemy melee style. 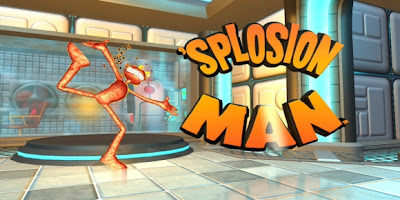 Microsoft's retail offering of Splosion Man, Limbo and Trials HD has gotten a UK release date and price to go along with the previously confirmed US and Japan dates. The pack is set to hit stores on May 18th in the UK, May 19th in Japan and April 19th in North America.

With the three XBLA titles you'll also be getting yourself a 48 hour Xbox Live trial and 160 Microsoft Points for your troubles. The only price so far is the US price of $29.99 with others not yet confirmed.

Fans of long running MMO title EVE Online will no doubt be interested to see how Dust 514 does once it's released. For those among you who are unclear on the relation let me explain.

Dust 514 is an upcoming MMOFPS developed by CCP, the same folk behind EVE, which will directly impact said MMO in terms of who controls certain planets and areas. In addition to just a 'zonal' effect, players from the EVE side of things on the PC will be able to hire console folk to capture specific areas therefore gaining them ingame money.

It's a pretty interesting idea to connect an MMO title on PC to an online FPS on console in more than just name. As for how it will fare once it's out and about we'll have to wait until launch.

Netherrealm Studios have confirmed the first batch of DLC for Mortal Kombat, and you will be glad to hear that two new fighters will be joining the Kombat shortly after the game releases next month. In an interview with CVG, Mortal Kombat producer Hans Lo announced that the two new characters will be Kenshi, who fans will recognise form previous MK games and Scarlet, who is a bit more interesting as you will soon find out.

"Anyone who knows the history of Mortal Kombat will tell you that back in the days of the arcade - when they did just palette swap characters to come up with multiple fighters in the game - there was a glitch in one of the old arcade machines that caused the Jade/Katana/Milena female ninja to glitch and turn red.
"People always thought it was a hidden unlockable character and it wasn't, it was purely a programming glitch. They've always speculated and in fact it was the fans who named her Scarlet to begin with. She's no longer a glitch - she's an actual character, and she'll be coming pretty soon post-launch."

Hans Lo also stated that these characters will not copy the move set of existing characters, but will have their own unique fighting styles and fatalities.

In the new edition of the Official Xbox Magazine, Gearbox announced the four new multiplayer modes to be in Duke Nukem Forever as well as a few other details regarding the multiplayer elements in the game.


The four new game modes are 'Dukematch', 'Team Dukematch', 'Capture the Babe' and 'Hail to the King'.
'Dukematch' and  'Team Dukematch' are just the Duke-versions of Deathmatch and Team Deathmatch respectively, while 'Capture the Babe' will require you to capture your opponents babe (who is obviously a classy lady) and bring her back to your teams base while *slapping her around a bit if she tries to escape in the process. 'Hail to the King'  is just your basic King of the Hill gametype.

The matches will support 4 players on each team, wearing their snazy red or blue shirts and will also feature an XP system, which will allow you to customize your Duke.

For a full list of the revealed maps and weapons so far, as well as as few other multiplayer details, head over to duke4.net.

*Note: That is an actual feature.
Posted by The_Syndicate at 16:40 0 comments