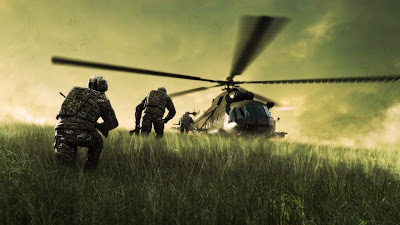 Codemasters have revealed the first DLC addition to FPS title Operation Flashpoint: Red River that will be entitled 'The Valley of Death'. The pack is due for release at the end of June for 560 Microsoft Points or £4.79/$6.99/€5.99.

But what do you get in the addition? Quite alot it seems, there will be 8 new Fireteam missions, 2 Combat Sweep, 2 CSAR missions, 2 Last Stand missions and 2 Rolling Thunder missions. The synopsis for the pack is:


"Players will fight through the warehouses and factories of a former Soviet Manufacturing town and carry out operations in a riverside mudbrick village set beneath foreboding hilltop ruins,

For the price, it certainly seems like good value if you enjoy the title and Codemasters are also set to release a title update for the game although no details on when it will release or what it does have been revealed.
Posted by The_Syndicate at 04:09 0 comments