Rage Can Be Conquered In 'Around 15 Hours' 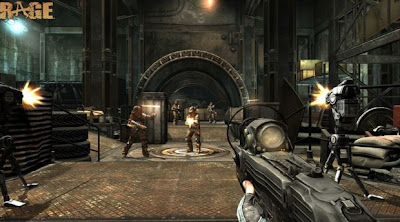 Speaking in an interview with OXM, Tim Willits the creative director behind the upcoming post apocalyptic Borderlands meets Fallout has said that the campaign of Rage can be wrapped up in around 15 hours.

Now. There are a few things to point out, while the game may be spanning two discs for the 360 version it could seem like 15 hours may not be all that, but that's not taking into account any side quests or exploration. I mean games like Fallout can be finished pretty quickly if you just gun straight for the ending but that would be missing the point of the game; not to mention lessening your own experience by default.

For all we know Rage could be absolutely stuffed with extras and let's say for a moment it isn't, 15 hours is still pretty decent when compared to that of other FPS' to come out in recent times that last around 4 or 5 hours. What do you folks think? Anyone stoked for iD's latest shooter?
Posted by The_Syndicate at 06:27 0 comments

Hunt Ghosts In Your Own Home With New 3DS AR Game

1st Playable Productions are currently hard at work on a new AR (Augmented Reality) title called The Hidden. The game will be published by Majesco and will see players hunting for entities in their home environments this October.

As far as a synopsis for the game goes we have this, you are:


"a member of the elite G.E.I.S.T. squad, Ghostly Entity Investigation and Strike Team, and must work with your team to track, capture, shoot and eliminate evil spirits, including fast-moving Kamikazes and Tanks, solid phantoms armed with claws."

The Hidden will take advantage of the the 3DS' rear facing twin cameras so that you can search around your very own real world environments and Majesco's CEO Jesse Sutton points out that it uses key features of the new handheld such as "gyroscope and Wi-Fi capability--to deliver a rich 3D adventure with multiple layers." 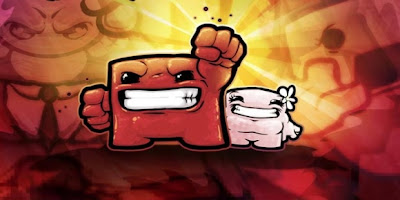 Those of you that have Super Meat Boy on the PC (via steam) can now gain access to a further 140 levels courtesy of the addition of 'Super Meat World'.

To gain access to the extra world all you have to do is collect 20 bandages in game and the level portal will appear. The extra 140 levels were created by other users and developers. Team Meat, developers of the indie hit, have asked that players "bare with us as we work out the kinks" and that the feature is still work in progress.


Even further additions to Super Meat Boy are planned as well in the form of a new level editor and also an all new chapter called 'The Unknown' which will feature a selection of the very best user created levels.