Enslaved Not Dead Yet

According to Enslaved publisher Namco Bandai the new franchise is far from dead yet even with lackluster sales. Due to positive fan feedback the publisher is still 'proud' of Ninja Theory and the product they put out.


"It didn't perform as well as we hoped it would, but we're very proud of how it was received by both the media and the gamers who have experienced it,"

In addition to this he even hints at a sequel:

"I can't discuss where we are in terms of a sequel, but we're looking at reviews and feedback from the press and because of the gameplay and quality that Enslaved delivered, we see it as a great catalogue title going forward."

Operation Flashpoint: Red River received a new developer diary recently and has now gotten a new gameplay video entitled 'Entry Into Tajikstan' showing off some of the game's action scenes and also how the soldiers learn to adapt to the 'booming soundtrack of war'.

As previously said the game will be set in Tajikstan in the year 2013 and revolve around a fictional conflict.

Hsien-Ko of Darkstalkers fame (another 2D Capcom fighter) and Sentinel of Marvel fame have joined the fray for Marvel vs Capcom 3: Fate of Two Worlds.

While Hsien-Ko is a new character to appear in the franchise, Sentinel may seem familiar to those of you who played Marvel vs Capcom 2 as he was a rather popular character to use back in the day.

Capcom have launched two trailers to show each of them in action to further send hype levels to the skies, as for when it launches it's February 15th you need to remember.

At Sony's press event yesterday the PSP2 was finally announced with the codename NGP (Next Generation Portable). There have been a couple of games already announced such as:
There's more on the way too but Sony isn't giving everything away just yet. Some interesting quotes however come from Hideo Kojima who said:

He also goes on to say:


"What I'd like to realize is playing on your PS3, and when you go out, you put the game on your NGP, and when you come back home, you can once again use your PS3 and large screen TV."

The back up that the PSP2 or NGP seems to be pretty stong with even EPIC claiming that the handheld is 4 times as powerful as any other portable device out there.

RAGE Screens For You To Enjoy

RAGE the upcoming FPS by iD Software the masters behind Doom has received three new screenshots for us to view. While they don't hold much details in regards to game features, they do show off the pleasing visuals and action we can expect to see. 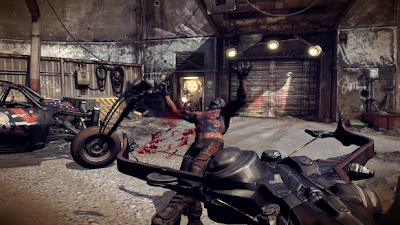 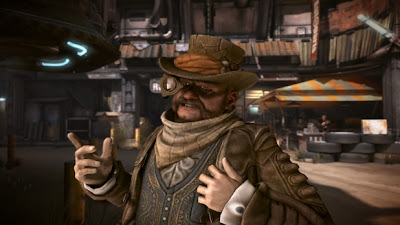 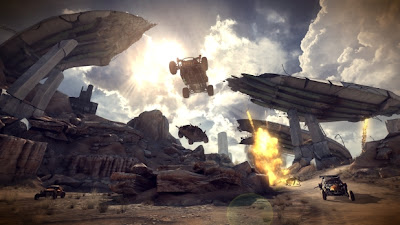 RAGE is set in a post-apocalyptic wasteland created by an asteroid impact, based on the real life asteroid Apophis, which is on track to pass near Earth in 2036. In the story, the asteroid hits, and the few pockets of survivors are forced to start a new civilization.
Posted by The_Syndicate at 07:24 0 comments

Sony and Guerilla Games are to launch a single player campaign demo for their upcoming FPS blockbuster Killzone 3. The demo will be launching on February 9th and for Playstation Plus subscribers and will feature the game's 'Icy Incursion' level but the details don't stop there.

You can play the demo with either normal controllers or with Playstation Move and there will be 2 versions to download. A 2D demo and a 3D enabled demo which will be available seperately from the store, the difference isn't only the third dimension between the demos however as the 2D one will feature co-op whereas the 3D doesn't.

A dev diary has been released in order to show off some new gameplay footage as well as the thoughts of the people behind the game. They also go on to explain the improvements made over the title's predecessor and how they've implemented fan feedback.

The British Board of Film Classification has seen fit to give Bioware's upcoming RPG epic Dragon Age 2 an 18 Age rating. This isn't just for the main game either as both named pieces of DLC 'Exiled Prince' and the 'Black Emporium' have also been classified as 18 due to 'strong, bloody violence'.

For those hazy on the DLC details 'Exiled Prince' will see players assisting Sebastian Vael who is a noble archer seeking revenge for the murder of his family. Whereas the 'Black Emporium' is a preorder exclusive marketplace that gives you access to all sorts of items yet to be announced/shown.

Dragon Age II launches on March 11th and I for one, can't wait.
Posted by The_Syndicate at 04:49 0 comments

A new trailer released for the upcoming 'First Strike' DLC for Call of Duty: Black Ops shows off the 4 normal multiplayer map additions: Kowloon, Stadium, Discovery and Berlin Wall that again show off some 'new' features for CoD such as the zip-line.

If that doesn't tickle your fancy then maybe a glimpse of Acension will, the latest zombie map addition shows off players fighting against the undead once more and even taking to the skies at one part in a rocket propelled platform. The weirdest part though...is zombie monkeys. Zombie....monkeys...

The DLC launches on February 1st.

It's January 25th meaning only one thing! (well two the Crysis MP beta is also aloof) the Bulletstorm demo is now upon us giving us the chance to play one level in 'Echo' mode.

To celebrate the occasion there is an all new trailer to go along with the demo featuring more of what we expect from Bulletstorm although to be fair it's a title that we don't know what to predict about anymore.

Contrary to belief, it turns out the the Dead Rising star Frank West will be missing out on the Marvel vs Capcom 3 action afterall. Speaking with VideoGamer the game's producer Ryota Niitsuma said:


"As for Frank West, he was actually in the process quite deep, and in one of our high quality CG trailers he was actually part of it," Niitsuma told VideoGamer.com at the end of last week. "But we've taken him out, due to the fact that we've foreseen some extra work involved, just from the nature of his moves. We felt we could direct our resources to better use, so we've taken Frank out."

There's nothing stopping him from coming in as a DLC character although nothing was said to hint that he would appear as one. To add in a dash of bizarre though the producer also went on to talk about a seriously surprising possible addition:


"Phoenix Wright is obviously a famous franchise - especially in Europe, actually. It would be interesting to see him, although he distinctively lacks the number of moves he might have [in a fighting game]. But if Marvel vs. Capcom 3 does well, he's definitely up on the list as one of the characters to add, given the chance."

Imagine that! However we don't object to the idea...Anyway the game launches very soon, February 18th in fact!, any of you excited?
Posted by The_Syndicate at 03:03 0 comments

Hi guys, have a bash at these gaming riddles that where posted on Kotaku and see how many games you can guess? 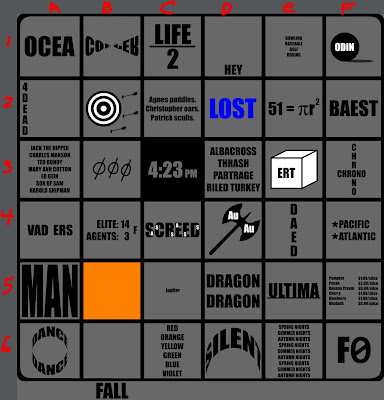 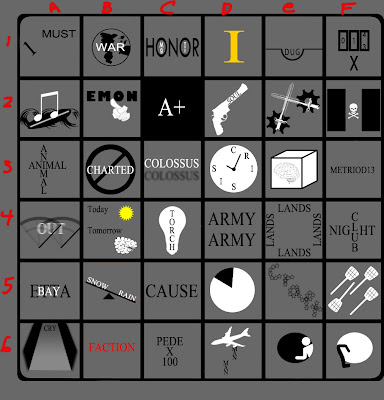 See the L.A Noire Trailer In An Official Capacity

Even though the trailer was leaked recently, Rockstar and the officials got on the case and tried to take it down as soon as possible. The trailer held important information like the official release date and also some new game details.

The trailer shows off the game's protagonist Cole Phelps getting up to some investigating in a brand new serial killer case. It's clear that Rockstar want to show off the games technical efficiency as well as throwing in hints that some of the game will contain some rather...grisly scenes.

As previously said the game will hit May 20th

There may be some worries that Nintendo may run even further away from the core crowd with the 3DS' launch however the fun loving industry behemoth wants you to know that this isn't the case. Speaking with IndustryGamer, Charlie Scibetta (senior director of corporate communications at Nintendo of America) says:

"We know right at launch that the people that will be most interested in buying the 3DS are people that have been buying previous versions of the DS, that are Nintendo loyalists, and people that are core gamers."

"There was a perception years back that we were somehow moving away from that crowd, and not making games that catered to that crowd, and that's absolutely not true. With this launch, we especially wanted to make games for them and give them what they wanted."


With that being said, they still want to appeal to all possible demographics and states:


"What's our target audience down the line? It's really all ages, both male and female, because we certainly have the software support from third parties, and then from our own first party development to make games that appeal to everybody. We don't feel that you have to concentrate on one segment at the expense of the other."

So all in all don't really worry and also looking at the launch window and what's yet to be given release dates for the handheld the lineup is looking incredibly strong.