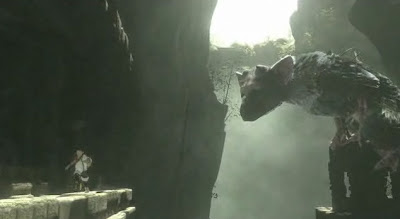 It's not terrific news that I bring here, Team Ico head Fumito Ueda has announced the delay of both The Last Guardian and the upcoming HD re release of Shadow of the Colossus and Ico.

No new dates have been given but The Last Guardian was supposedly going to hit toward the end of this year, so we can only assume that there'll be no sight of it until 2012.

Over on the EU Playstation blog, Ueda has issued an apology:


"I announced at last year's Tokyo Game Show that the release timing of The Last Guardian which is currently being developed would be holiday 2011.

However, to provide more challenging and better quality of content to users and to fulfill First Party Studio's obligations, I decided to postpone its release timing.

All the members of my production team are working together at a fast pace to develop and release the game in First Party Studio quality.

I sincerely apologize to all the customers who have been waiting for "The Last Guardian" for so long, but I beg for your patience. I will also announce the new release timing at a later time.

In fairness, if the delay means the finished product will be all the better for it then we can't really complain. The Last Guardian is already shaping up to be a beautiful looking game and once we have more information it'll be here so stick around.

It's no surprise that Capcom feel the need for a bit of a change with the next numbered installment to the Resident Evil franchise and producer Masachika Kawata has further expressed this when speaking to spanish website MarcaPlayer.


"The series will see a complete renovation with the next entry on every level. But we can't forget about all the previous entries that have led to the creation of many possibilities for the franchise. I can’t say if we’re going to make it (Resident Evil 6) survival horror or a shooter, but I can say that it’ll be totally different."

The interesting bit there is that they're unsure on what direction to take with the franchise, do they push on with the more action based style of game or return to the roots and do survival horror. I know which one I'd rather have but what about you?