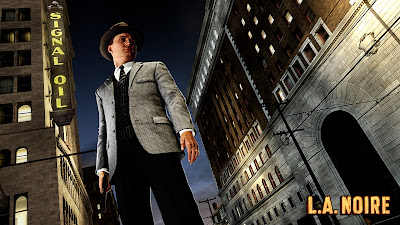 Rockstar has detailed the 'Rockstar Pass' for L.A Noire which is now available and will be bringing a multitude of DLC with it.

It comes as a "a new way to pre-order DLC" and allows players to snag seven pieces of content already (pre-order bonuses etc) as well as some upcoming additions. For a more indepth rundown of what you actually get and how much it is here is the information straight from the Press Release:


All seven pre-order DLC options will be available to purchase from Xbox Live and PSN starting today, with The Badge Pursuit Challenge and the Sharpshooter/ Broderick detective suits to download for $2.00/160 Microsoft Points and $1.00/80 Microsoft Points, respectively. "The Naked City" Vice case and "A Slip of the Tongue" Traffic case are also launching today. Both cases will each be priced at $4.00 (PlayStation Network) / 320 Microsoft Points (Xbox LIVE).

Two brand new cases, the "Nicholson Electroplating" Arson case (June 21, 2011) and the "Reefer Madness" Vice case (July 12, 2011), will also be available for download later this summer, each priced at $4.00 (PlayStation Network) / 320 Microsoft Points (Xbox LIVE). Inspired both by famous noir fiction and real-life crimes taken straight from the headlines, these downloadable cases will provide unique experiences for players independent of the game's primary storyline. All of the DLC will be available for purchase through the L.A. Noire Rockstar Pass, priced after the limited discount period at $12.00 (PlayStation Network) / 960 Microsoft Points (Xbox LIVE)-a 40% discount off individual DLC pricing.


It seems to be a pretty sweet deal from Rockstar and with the inclusion of free upcoming content it seems like we'll be hanging on to our copies of the title for some time to come.
Posted by The_Syndicate at 06:19 0 comments

It seems the first ten minutes of Deus Ex: Human Revolution has found it's way onto the net albeit with a foreign fellow talking non-stop over it.

The video isn't necessarily ruined by this however as the game has subtitles enabled and the in game audio is low so you can just mute it and enjoy that way. As for the game itself, it's looking rather good and will almost certainly raise your hope for the title when it finally releases in August this year.

You may be confused initially by the intro but.. just bare with it.

StarCraft 2: Heart of the Swarm Gameplay and Details 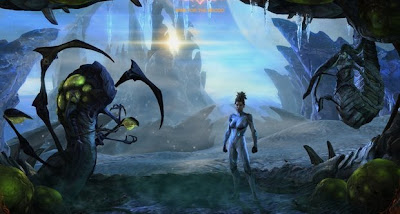 StarCraft 2: Heart of the Swarm is undoubtedly on the radar of a lot of PC gamers out there and with good reason. It's not a great deal but Blizzard have released a short gameplay trailer for the upcoming title as well as revealing some details that you can expect to see upon release.

In an excerpt from PC Gamer, the following was revealed:

I'm sure it's that last detail that you were most interested in, as for a release date for Heart of the Swarm, Blizzard have said that it's unlikely to appear in 2011 but fans of the series should know by now that it'll come eventually. For now, here's the gameplay. 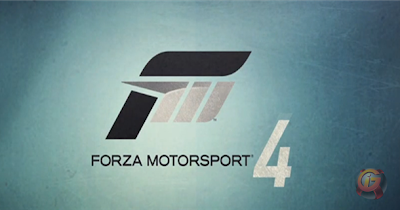 It's a short affair only clocking in at 1:24 but shows Xbox's Major Nelson (Larry Hryb) playing the game alongside Turn 10 creative director Dan Greenawalt. Forza has been a regular at E3 recently so you can expect to see plenty more during the convention itself.

Western Release for The Last Story? 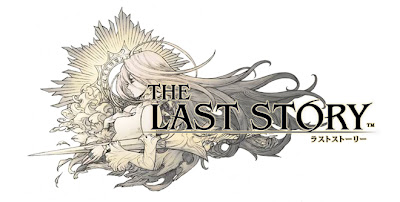 It seems that The Last Story could finally see a western release after all, Hironobu Sakaguchi (Final Fantasy creator and Mistwalker lead) has supposedly told the French games press that localisation on the Wii title will be done for Europe.

Aside from that nothing else has been reported, no word on a US release although one would expect it to happen as the localisation will have been done. There was also no dates given or any other relevant information so be sure to check in with us to see if anything else unfolds. 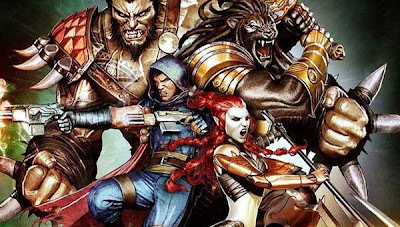 Heroes of Ruin has officially been revealed by Square Enix for the 3DS, the game will follow "four unlikely heroes brought together to form a fearsome alliance" and is set to feature seamless online play similarly to the companies other recent DS RPGs.


As well as the expected drop-in, drop-out co-op capabilities, it's said that the StreetPass feature of the 3DS will be used to enable a 'Traders Network' that allows players to buy and sell items that they have found in battle. Aside from that, SpotPass and Wi-Fi Hotspots will also be used to obtain unique items and challenges.


We'll be sure to let you know of a solid release date and more information as and when it comes.
Posted by The_Syndicate at 04:55 0 comments

The first piece of DLC for Brink has been detailed by Splash Damage and Bethesda, the free offering is entitled 'Agents of Change' and comes with the usual additions including new maps, weapon attachments, outfits and abilities. Agents of Change will be releasing sometime in June.

The full rundown of additions are: Dead Island, currently in development at Call of Juarez studio Techland is undoubtedly one of the more anticipated titles that's on the way and being slated as a first person open ended zombie title why wouldn't it be? To show us what you can expect from the game when playing, a 20 minute video has been released that is solely focused on gameplay.

Aside from the obvious bashing loads of zombies with blunt instruments you get a real look at the vistas that the games tropical island setting has to offer as well a look at how vehicles play in the game among other features.

Dead Island is set to release this autumn and after watching this footage, has it raised or dashed your anticipation?